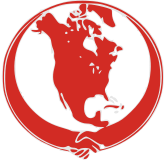 If you live in any urban center in the U.S., you can be sure that there are dozens of dusty, unopened or once-opened copies of Diplomacy scattered throughout closets and game shelves within a 30-mile radius of where you sit. Those boxes don’t collect dust because of disinterest, they gather dust because their owners have never met each other, and can only convince 2-3 of their friends to commit the time.

That’s where you come in.

The goal of a Diplomacy organizer is simple: gather together enough players on a regular basis so that anybody in your area can join a game without needing to convince a single friend to play with them.

Your city is full of 7th players. You just need to provide the first 6.

In Minnesota, we found our first 7 players by brute force, which is likely how you’ll need to find yours.

Our star recruiter in Minnesota is Ben Johnson, who often sends out a simple text to 20-30 people, always some variation of: “Hey, we’re playing Diplomacy at this time, would you like to join?” You can describe the game as much or as little as you feel necessary, just make sure everybody you text is aware of the time commitment.

It’s hard work. You’ll hear “no” more often than “yes”, but you may be surprised at how many people are genuinely grateful to receive an invite, even if they don’t want to play.

It’s important to keep in mind that not all connections are created equal. A mere acquaintance will usually only show up if they have a genuine interest in learning the game. But, your close friends will show up to help you fill a board even if they don’t care one lick about Diplomacy, because that’s what friends do. I have friends who have zero interest in the game, but routinely offer to play if I need help filling a board. I buy them a beer or food to show my appreciation.

I recommend creating an account after you’ve played at least one game, that way you can be sure that the first MeetUp game will fill up, and you’ll already have people who have bought into your vision and are willing to sit out to make room for new players. Think of your first game as a “soft opening”, and the first game you play with MeetUp as a “grand opening”.

During the first year of MNDC, I was surprised at how often I connected with a Minnesotan by traveling out of state for a tournament. At one tournament in Chicago, I met a guy who had also traveled from the Twin Cities but had never heard of us. Just like that, we had another player. That same weekend, I connected with a player from Connecticut who just happened to know someone in Saint Paul who wanted to try face-to-face. We got in touch, and that player went on to become an active member. One of our council members is a former champion of Chicago’s local club, the Windy City Weasels. He took a job in Minneapolis and we connected with him right away.

Getting in touch with the national face-to-face hobby grows your visibility, and nowadays you can do it via the NADF Discord server. Don’t be shy about promoting your club there. Diplomacy message boards and Reddit can also be used to announce your presence.

You should definitely check out the face-to-face registry. Fill out the form to drop your pin and then check to see if there is already a club in your area, or fellow players looking for a face-to-face game. To connect with other players in your area, reach out to DiplomacyCGI@gmail.com. One of the organizers there can provide you with a contact list (or reach out on your behalf, as not everyone has given consent for their personal information to be shared).

Ideally, any club will have a leadership team of 3-5 people who take responsibility for making it happen. If you don’t have that right away, it’s fine. Minnesota started with just two, and invited more people to join our “council” as the club grew and players started to buy in. Once we got our council to 4 members, we drew up a few roles:

Beyond those official roles, a club has other needs which can be fulfilled by frequent players who want to help. Getting non-council members involved is a great way to build community and a sense of ownership among players. Here are a few things that anybody can help with:

I like to play games in a public place. In Minneapolis, we have a spacious game center with food and drinks available for purchase on-site. The best part is, we’re surrounded by avid board gamers who regularly approach us and ask about the game. If you have a willing host, playing an occasional house game can be a great way to build community, but keep in mind that it can be more intimidating for new players, especially if they heard about you online. In Minnesota, more than 90% of our games have been played in public.

1-2 games per month seems to be the sweet spot if you can swing it. In Minnesota, we play twice a month: once on a Saturday, and once on a Wednesday. Scheduling games on different days of the week casts a wider net by accommodating different schedules. No matter which day you choose, I strongly recommend hosting at least one game a month to keep people in the habit of playing.

One great way to schedule regular games is by picking a pattern, such as “3rd Saturday of every month”. That way, players will always know when the next game will be without having to check, making them easier to plan around. If you and your fellow organizers don’t have predictable enough schedules to use a pattern, try planning games 2-3 months in advance and picking dates that are convenient for as many “core” players as possible. I consider a core player to be a regular attendee who is willing to sit out or GM to help make the numbers work. If 3 core players sign up for a game, then we can accept up to 10 total players without any issue. Overfilling games (or “airline booking”) provides necessary flexibility for dealing with late dropouts or no-shows. I don’t feel comfortable until I’ve got at least 9 players signed up, 2 of whom are core players willing to sit out if needed.

I strongly recommend playing your games with a time limit. In Minnesota we play for 6 hours on Saturdays and 5 hours on Wednesdays, never ending an event after 11pm. Many of your potential members have 9-5 jobs, a spouse and children. Your scheduling should reflect that. We use relatively quick negotiation phases (15 minutes for 1901, 12 minutes afterwards, and 2 minutes for build/retreat) to assure that our games get far enough for a satisfying experience.

The most active clubs in the world are leagues with a scoring system and a championship game. Not everybody will be motivated by scores, but many people will be, and it gives your club a sense of continuity that encourages people to come back and play.

Occasionally, the worst case scenario will hit: two players will cancel on you the morning of an event, dropping your total from 7 to 5. What do you do? In the past, I’ve just cancelled the event altogether and made other plans, but I think that was a mistake. Show up anyway. 5 people cleared their schedules to play a game, so bring another game and play that.

Alternatively, try a variant! There are lots of printable maps available online that play by the same rules, but with fewer players. I recommend checking out Ancient Mediterrainan, a popular 5-player variant with a large printout available for free on variantbank.org

Starting a club is a rewarding endeavor. Like most rewarding endeavors, it requires persistence, patience and flexibility. I hope this document can be a useful guide, and even more importantly, a source of encouragement for Diplomacy organizers. You can do it!

Hello from the NADF!