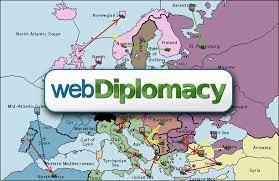 The 2020 edition of WebDip’s Diplomacy World Cup has concluded, with the Yorkshire Puddings team from the United Kingdom coming out on top. This extended deadline tournament featuring teams from around the world takes place every two years, with this British victory being the first by a non-American team since the South Americans did it in 2010. Captain Meme (Markus Zijlstra) led the victorious Puddings, with other team members being Brumark, Strategus, Desdemona and Teccles. The Eastern Canadian team came in second, with an Italian team called Prosecco coming in third. Join the fine folks at http://www.webdiplomacy.net to get further details or to participate in next year’s Diplomacy World Cup.